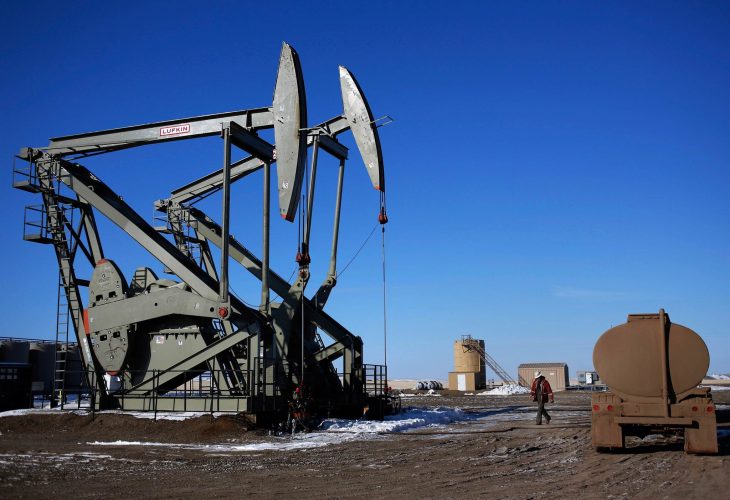 OPEC, Coronavirus, Pipelines, and Your Price at the Pump explained by Alex Fieldcamp

While economists debated the transitory nature of the pandemic recovery inflation spike, the significant hit to the consumer wallet at the gas pump has been hard to ignore. Because of its volatile nature, oil prices are not included in core inflation, but that is small solace to consumers who only know they have less money in their wallets at the end of the week says Alex Fieldcamp.

So what pushed the price per barrel of oil up so fast,  and what caused the recent pull back? Well, like many things, it can be complicated, and even more so since the start of the pandemic. Oil is perhaps the most liquid (no pun intended) commodities, trading almost continuously in a global market and adjusting to changes in supply and demand, both of which fluctuated wildly as COVID-19 abruptly changed expectations for economic activity and led to massive supply adjustments.

So what factors are most impacting the oil markets:

The Organization of the Petroleum Exporting Countries, or OPEC Plus, is essentially a cartel of 13 countries that has existed since 1960. As of 2016, it accounted for 44% of the world’s total oil production and 81.5% of the world’s “proven” oil reserves. With OPEC’s production cuts during the pandemic, it is now hovering around 37% of total production.

OPEC does just one thing, set the amount of total daily production that comes from its members. This control of so much supply can then lower or raise the price of a barrel of oil. The start of the pandemic ushered in a period of an unprecedented crash in demand. That even caused the price per barrel to go negative for two days in April of 2020. Futures traders paid people to take barrels of oil off of their hands for the first time in history.

Since the early days of the pandemic, OPEC has significantly limited production to inflate the price. With the advent of immunizations against COVID-19 and anticipated travel resumption, predicted demand against reduced supply has significantly pushed up the price per barrel to a high of around $85 in late October.

The pandemic has been the single biggest cause of oil price declines and increases since it began. While OPEC certainly has an impact on pricing with its changes in supply, traders have been pricing oil mostly on where they see the pandemic heading. The consensus this year has tended to assume travel and energy use going up as consumers emerge from quarantine.

When developing future expectations, things like the advent of vaccinations and seasonal changes in numbers are very impactful. The Delta variant has been another variable and last week’s announcement of the Omicron variant caused prices per barrel prices to drop by over 10%.

Almost consistently throughout 2021, traders have expected demand to rise while OPEC cuts have kept supply low. Oddly, the expectations haven’t always lined up exactly with the observation that COVID-19 seems to have waves where infections go up in two-month intervals.

The first day of the Biden administration saw the denial of a key permit for the Keystone XL pipeline. The company building the pipeline, TC Energy, canceled the project entirely in June. Keystone XL had been an ongoing legal battle due to the fact it was meant as a means to transport the dirtiest form of oil, Canadian tar sands, to the Gulf of Mexico for refinement.

While many have blamed the current increase in prices for a barrel of oil on the cancellation of this project, they ignore that it was not operational and was a long way from ever being so. Additionally, it is well known among industry insiders that once the oil was refined at the Gulf, it was also easy to put on tankers for overseas markets. Neither talk of energy independence for the US nor the current price of oil has any relation to Keystone XL Fieldcamp explained.

Where is the Price Headed?

Alexander Fieldcamp says predicting the price of oil is a very tough daily job of oil traders. They may not always be right but the price always reflects what they are thinking. While knowing the future might not be possible, there are a few things we can speculate on.

Cartels always fail in their efforts. OPEC is doing a good job at regulating itself right now, but members of cartels are always engaging in Game Theory. This means each one is anticipating or considering the possibility of exploiting the current price per barrel by expanding production over the limit they are voluntarily adhering to. They are trying to anticipate what the other members might do as well and therefore change the game dynamics as they do so. Once one domino falls, the rest start to fall as well. Increased production lowers prices.

COVID-19 is now endemic instead of a pandemic, meaning we will just have to learn to deal with it. Variants in the virus could continue to cause fluctuations in the global oil market based on their severity and the impact on consumer behavior. Many changes in behavior over the 2 years might now be permanent. The massive increase in those now working from home looks unlikely to be reversed, resulting in lower demand for oil due to fewer daily commuters.

Contrary to popular rumors, US production has not fallen dramatically in 2021 due to political pressures. Overall production is similar to last year and 2018, with 2019 being the highest production year in US history. If anything, the higher price per barrel has made high-cost fracking profitable.

It’s looking very likely that oil prices will fall in the future and come back into line with the historical trend of the late 2010s, but COVID-19 has changed all of the equations. What we learn about Omicron through December, the continued or lack of adoption of vaccinations and boosters, and the economic activity from now through to February will be defining indicators as we head into 2022.

Alex Fieldcamp is a New York-based investment banker with expertise in economics, geopolitics, and international affairs. He is an alumnus of Cornell University and a member of the Carnegie Council for Ethics in International Affairs. Alex enjoys basketball (Go Knicks). A true cinephile, Alex loves watching, and discussing, movies.